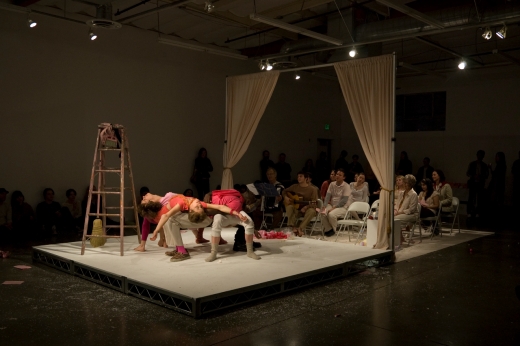 1. Do you consider yourself a performance artist?

I don’t consider myself a performance artist per-say. I consider myself an artist who makes temporal experiences that might be referred to as performances. Although I create performances, I do not usually perform myself. When people ask me what kind of work I do, I tend to offer a different answer every time. Today I might say, “I create intentional ephemeral situations that often borrow from theater and dance to propose temporal moments using bodies, language and movement.” The term “performance” feels a little off to me because it seems to distance itself from authenticity. I’m currently very interested in the idea of one performing oneself: can you still be authentic if you’re playing yourself? This question is, of course, intertwined with our current fascination with reality TV, Facebook and Twitter.

2. What was the first instance of performance art you ever saw?

The first thing that comes to mind, and I’m not sure how to qualify this, is the circus. I must have been three or four years old. I remember the red lollipop I was eating and the ridged, metal bleachers we were sitting on. The clowns were performing and they were looking for a participant in the audience. I remember being seized by fear and clutching my seat until the clowns left the circus ring. It must have been the first live performance I ever witnessed and it terrified me. I think my work is often a way for me to cope with and understand that which confounds and scares me.

3. Do you make a distinction between performance art and other performance forms (dance, theater, music)?

For me, it all comes down to context. If you displace the circus, for example, and install it in an exhibition context, the ways we will then perceive the circus become completely relative to the context. These distinctions can be helpful to the audience, especially in terms of mental preparation, but they’re kind of a pain in the ass for me. In fact, I intentionally offer experiences that are hard to define, so my audience might not be able to fully grasp what they’re getting into, even if they’ve read a description or press release beforehand. What I do touches on theater, dance, choreography, spectacle, sculpture, literature, etc. – as so much art now does. What ties them all together is time and the fact that they stubbornly remain ephemeral. In the end, the moment is what really what matters to me, no matter what it’s called or how it is referred to. 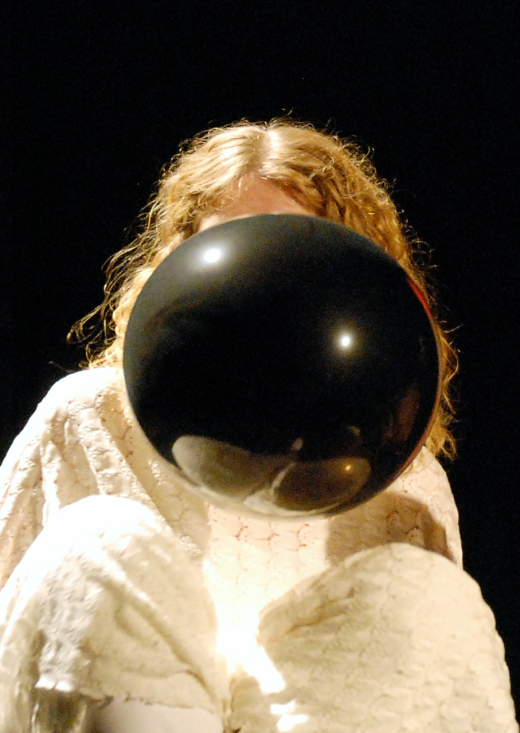 4. What did you study in school?  Did you have mentors?

I initially studied art, creative writing and theater at a liberal arts college in New York state, and I recently got an MFA at USC. I met one of my mentors, the Berlin-based photographer John Schuetz, almost 15 years ago at a coffee shop in Saratoga Springs where I used to work. I overheard him describing one of my photographs to a friend. He had no idea who I was, he had just admired the work which was in a show down the street. He was in town doing an artist residency at Yaddo and we became very close friends and correspondents. I just spent a month at Yaddo myself and John and I are still in contact. I don’t think he’ll ever forgive me for dropping photography though. I also have immense affection and respect for Philippe Parreno who I assisted for three years in Paris years ago. He, on the other hand, always thought I should focus on writing. I don’t think anyone ever advised me to pursue performance. So while it’s wonderful to have someone to look up to, you ultimately just need to listen to yourself.

5. Who/what inspires your most recent body of work?

I’m currently working with instructions given to me by the French choreographer Jerome Bel for a performance at the Torrence Art Museum in which I will be performing myself. I am very interested in the real effects of fiction (such as instances of performers dying while performing death) and making fictions out of reality. I’m also very interested in vulnerability, fragility, imperfection and instances of lost control. I’ve been admiring (and scrutinizing) work by Tino Sehgal and Marina Abramovic (by default, perhaps, since they both just had big shows in New York) but also Simone Forti, Spaulding Gray, Guy de Cointet, Trisha Donnelly, Roman Ondak, David Levine and my collaborator and dear friend Hana van der Kolk. I’m developing an idea for a piece that will be based on Joan Brossa’s more theatrical poems. He’s a Catalan poet and playwright who died in 1998 and the majority of whose work has sadly not yet been translated into English. I’m also reading everything I can get my hands on by the Austrian writer Peter Handke. And I’m thinking a lot about Jacques Tati’s 1967 masterpiece “Playtime” and William Greaves’ 1968 film “Symbiopsychotaxiplasm”. And then there’s Franz Kafka’s last short story “Josephine the Singer, or the Mousefolk”. And I’ve been listening to (and screaming along with) Animal Collective. And meditating. And swimming outdoors. These have all been influential in my process lately.

For starters, they are often the subject matter and content of my work. They’re my supporters and my perpetrators. They’re my best friends and my biggest enemies. More generally, an audience is a collection of witnesses simultaneously acknowledging existence.

7. Where have you found support for the development and presentation of your work — art world, or outside?

I feel very privileged to have such wonderful (and wonderfully intelligent) friends and an incredibly supportive family. The art world currently seems willing to give me a chance too. However, more than anything, I need to have faith in myself to do what I do. You have to be brave to be an artist because the decision involves becoming who you are, as opposed to who others think you should be, and it can be a grand undertaking. Of course, time and space are vital as well. I am extremely protective of my alone-time. 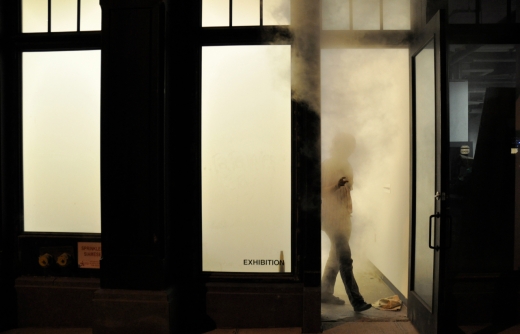 8. What does your family think about your work?

My brothers are both artists. They often work with each other and I have collaborated with my younger brother in the recent past. The three of us are very close and very invested in each other’s work. My parents are equally as invested, but they also tend to get exhausted by the intensity of my work. As a kid I always wanted to complicate things, and I still do. I want to understand and experience everything, not just accept it and take it for granted. I am not the most logical or straightforward person. I love to let things go to places of rampant impossibility, if at all possible. Understandably, this can be overwhelming at times.

9. Have you been encouraged by recent developments in public discourse around performance?

I’m excited that institutions like the Guggenheim and the MoMA are mounting shows comprised of predominantly of performative / ephemeral material and I’m convinced we are in the midst of an historical moment for performance. It’s thrilling to be witnessing and experiencing it while simultaneously taking part in it. I’m curious to see how such exhibitions will effect the ways we historicize performance art in the future, and frankly I’m grateful for all the problems, questions and challenges that have sprung up over the course of the past few years.

10. What are your criteria for determining the success of a performance?

I rarely think in terms as black and white as “success” and “failure” and prefer to think in terms of what worked and what didn’t. Besides, my response to this question constantly changes with time. I think I’m a selfish (or at least, a rather inwardly-focused) person, and I try to understand myself as a human being so that I can, in turn, better understand others. My work then becomes the avenue by which I am able to be generous. A community is often created in the mounting of each piece. It’s a collaborative effort in which we are all attempting to all arrive at a (hopefully meaningful) moment together in time. If I succeed in being generous and create human connections, then I suppose I could consider the work a success.

11. How does the body (of the viewer, performer, or you) figure into your work?

Uncertainty is the only certainty in my life. My work is a reflection on impermanence and the lack of staying power of anything — this seems to be the tragedy as well as the beauty of life. Isn’t it only fitting then that I would choose to work with something as essential, volatile, imperfect and uncontrollable as the body? A situation’s live-ness and human-ness are key to me. I personally don’t enjoy records of live-ness (i.e. video, images, objects, photos) as much as live-ness itself, nor do I believe they are satisfactory replacements. I love going to see dance, for example, and hearing the sound of bare feet squelching on the floor. I love to hear performers breathing. And I’m always looking to catch sight of something I wasn’t necessarily supposed to see. There’s something about witnessing “imperfection” that I find rather moving…and perfect. Other forms sometimes strike me as too easy to edit, to mold and to sculpt into perfection. There’s a real rawness to the body, and there’s so much at stake — the possibility of failure (whatever that is) or faltering is ever-present. Death scares me, in part, because it is a body-less state. I can only hope that in death we retain awareness.

Emily Mast’s website. Video: Everything, Nothing, Something, Always (Walla!) – Dress Rehearsal for Performa 09 from Emily Mast.